What exactly is the way forward in Zimbabwe?? Please Zimbos lets discuss! hosted by zimfinalpush.

Chat about what's on your mind. More about public chats. 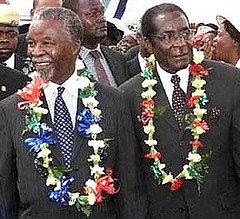 NB: THIS IS NOT THE HOME PAGE! 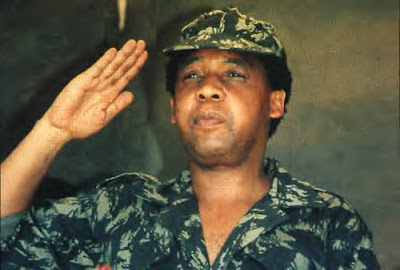 CAPE TOWN – The presidency has declined to comment on reports that a documentary on the rise to power of President Thabo Mbeki contains a suggestion he had a hand in the 1993 assassination of SA Communist Party leader Chris Hani.
However, it would ask for a copy of the film so the matter could be studied, presidential spokesman Mukoni Ratshitanga said on Thursday.
The controversial documentary, titled “Unauthorised: Thabo Mbeki”, was screened to an audience of 200 invited guests at the Mail and Guardian’s Critical Thinking Forum in Johannesburg on Wednesday evening.
The screening was followed by a panel discussion in which opinions were divided as to whether or not it was possible to defame a sitting president.
The suggestion in the 24-minute documentary, by a voice-over, that Mbeki had a hand in Hani’s assassination was the reason the SABC had not shown the film on television, the broadcaster’s content enterprise executive Mvuso Mbebe said at the event.
Lawyers had noted there were “serious issues” of defamation, and said the SABC editorial team had expressed reservations about the film and called for it not to be screened, Mbebe said.
Ratshitanga on Thursday told Sapa the presidency could not comment on the issue.
“These are reports based on people who have watched the documentary... Until we ourselves have watched it, we cannot make a comment,” he said.
For the same reason, Ratshitanga also declined to comment on whether it was possible the film defamed the president.
The presidency would “assess” the matter today, and request a copy of the film so it could be studied, he said. – Sapa.